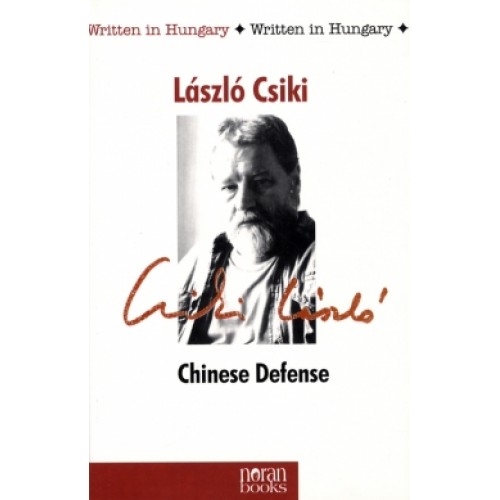 László Csiki, poet, prose-writer, playwright, essayist, translator. László Csiki was born on October Sth, 1944 in Sepsiszentgyörgy, Romania. He studied at the Faculty of Arts of the Babes-Bolyai University, Kolozsvár where he received a teacher's diploma. He worked as an editor for the daily Megyei Tükör in his native town, for the Kriterion Publishing House in Bucharest, later in Cluj, for the weekly Utunk, then was dismissed and was unable to find employment. He has been living in Hungary since 1984. He worked as an editor for the Magvető Publishing House and for the Magyar Napló, then became a freelance writer.

At present he is the story editor of the Budapest Film Studio. He is a committee member of the Hungarian Writers' Association, executive board member of the Hungarian PEN Club. He has published twenty-six volumes of his own writing and eight volumes of translation, several of his plays and radio plays have been performed. Two films, Dreammine and Chinese Defense, were based on his short stories. His works have been translated into German, English, Polish and Bulgarian, a volume of short stories has been published in Romanian. Prizes,Awards Prose Award of the Romanian Writers' Association, Milán Füst Prize, For the Literature of the Future Prize, Attila József Prize, Déry Award, Kortárs Award, Bezerédi Prize.